Time to Open our Vocabulary

This is day 8 of the snow in Ireland. We are not used to it, not one bit! In fact it has never snowed this side of Christmas for 17 years, and never recorded as being this cold since records began.

I heard once that the Eskimos have one hundred words for snow, and today the snow outside is definitly different than it was yesterday. I would describe it as a light, powdered snow that started melting and then was suddenly frozen, with a layer of crisp ice on top. So I looked up the Eskimo words to see if there was one word that I could use instead of 20, and I found this list. I particularly like number 7 and number 10, as they have one word that describes something that we would take several words to do. 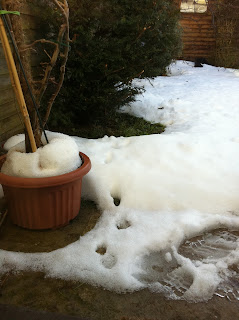 So to describe the snow today outside my door I guess muraneq with qetrar (soft, deep fallen snow with a crust on top) although I am sure that my grammer leaves a lot to be desired.

Whats the point of all this you ask? Here goes - the observation bit.

When you wake up in the morning and someone asks you how you are what do you say? I'm ok, I'm good, I'm depressed... in fact just sticking with depressed, how many different moods are there within depressed that could be compared to the many different types of snow? Are you in a thick, heavy, black depressed mood, or are you feeling only slightly grey? I'm not being facetious here. In Ireland we have 500 cases of suicide a year and the majority of such deaths come from people who have depression. It is much more familiar than snow to us. And when we are depressed, do we feel like talking about it? Do we want to string together 20 or so words so that the person who is asking can get a real sense of what it is we are feeling? Or do we even have the energy to do that? So why no words for it?

I could go on about the lack of words for what type of happiness we may be feeling (to lighten the mood) or what type of anger. But I won't. It is time to open up the vocabulary that we have and come up with words or terms for things that DO exist. Things like depression which people have been hiding under the carpet. Hey folks, it's here, it's real and it's killing the nation. And yes, things like happiness too. But the reason why I feel that is not so urgent is because with happiness comes light, and with light comes energy, and with energy comes the ability, the desire, the motivation to share and to explain.

If someone felt heard by someone else, the urge to end it all might be alleviated for just a few hours longer. And if they felt heard and seen by someone else on a regular basis, perhaps the symptoms might alleviate a little bit. Just enough so that one morning, they wake up with a glimmer of a smile on their face, and a tiny bit of hope for the day.
Posted by Unknown at 12:59